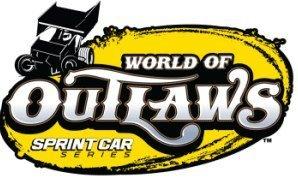 CONCORD, N.C. — Nov. 17, 2011 — Over the past 34 years, eight different drivers have won a World of Outlaws Sprint Car Series championship, spanning from Steve Kinser’s first of 20 titles in 1978 to Jason Meyers’ two most recent crowns in 2010 and ’11. At the UNOH DIRTcar Nationals in February at Volusia Speedway Park, ‘The Greatest Show on Dirt’ will launch its 35th season and begin its annual journey across North America with a busy spring schedule.

“The schedule keeps growing stronger and is evidence of the excitement to see the stars of the World of Outlaws,” said World Racing Group President Tom Deery. “Kicking off the season as part of all the events in the Daytona Beach area and then heading to Tucson, Las Vegas and California makes for an exciting and challenging start to the 2012 season.”

Tickets to the UNOH DIRTcar Nationals are available now by clicking WorldofOutlaws.com/tickets or calling 877-395-8606. Tickets for the races at USA Raceway Park, Perris Auto Speedway, Silver Dollar Speedway, Merced Speedway and Calistoga Speedway will also be available soon at WorldofOutlaws.com/tickets while tickets for the event at Las Vegas Motor Speedway can be purchased by calling 800-644-4444 and tickets for the event at Thunderbowl Raceway can be purchased by calling 559-688-0909.

The balance of the 2012 World of Outlaws Sprint Car Series schedule will be announced soon, including the Lowes Foods World Finals at The Dirt Track at Charlotte on Nov. 1-2-3.

HOME AWAY FROM HOME: David Gravel claims fourth win at Wilmot Raceway Philip Dietz earned back to back wins as a crew chief with two...
Read more

Tyler Courtney Victorious on Night #1 of the Corn Belt Nationals!

Humboldt, KS (7/11/2020) - In what was an action-packed 30-lap feature event at Humboldt Speedway between the POWRi Lucas Oil National and West Midget...
Read more