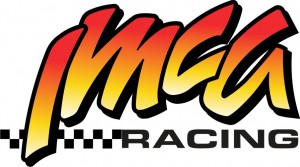 BOONE, Iowa (Aug. 17) – The 30th anniversary event is guaranteed to feature everything you’ve come to expect at the IMCA Speedway Motors Super Nationals.
And then some.

From the Sunday Night Tailgate party that precedes the Sept. 3-8 dirt track racing extravaganza at Boone Speedway to expanded United States Air Force Fan Zone activities during the week and bigger main event fields, Super Nationals is a lock to have something for everyone.

“We are doing everything we can to make Super Nationals an enjoyable experience for our drivers, fans and sponsors,” IMCA Vice President of Operations Brett Root said. “Super Nationals is really an experience that is fun to be part of and we want to build on that.”

“This is America’s Racin’ Vacation,” he continued. “When racers and race fans plan their vacation, we want them to make Boone Speedway their destination.”

Nearly 450 drivers from 26 states and Canada have already confirmed that they’ll race at Super Nationals. That number includes pre-registered drivers, those who have reserved pit parking and starters in the Fast Shafts All-Star Invitational.

“Early registration numbers are the highest they have ever been. That’s usually a good indication of the overall car count,” noted Root. “It’s very possible we could top last year’s record 843 entries.”

The pit area will be cozier with the expansion of Manufacturer’s Row. Thirty-three sponsors are already confirmed that they’ll set up shop at Boone Speedway during the week, necessitating that expansion.

Tech inspection for early arrivals begins at approximately 10 a.m. Sunday, Sept. 2. The party, with complimentary chili and beverages, along with music provided by rock and roll band Helforstout, starts at 8 p.m.

Numerous autograph sessions, presentations of special awards and a card game or two are in the works at the Fan Zone, south of the main grandstand.
While meeting and greeting with fans, several drivers will tell about various charitable causes they’re racing on behalf of.

In conjunction with the 30th anniversary of Super Nationals, main event fields for the Deery Brothers Summer Series Late Models on opening night and the Mach-1 Sport Compacts on Sept. 4 have been expanded to 30 cars.

With maximum Weekly Racing Bonus amounts included, the Modified champion could earn $7,000, the Late Model and Stock Car champions both $3,500, the SportMod champion $2,250, the Hobby Stock champion $1,850 and the Sport Compact champion $500.

And for the first time, fans who can’t swing the trip to Boone can get complete lap-by-lap coverage from the comfort of their own home, available live on XSAN Pay Per View.

PEORIA, IL – July 9, 2020 – A thunderstorm ascended over the Peoria Speedway just after the completion of the DIRTcar Summit Racing Equipment Modified...
Read more