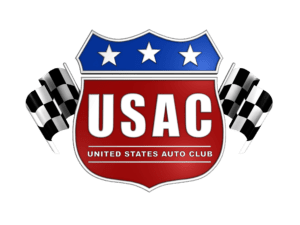 Not only will Bell be defending his Midget Week title over the course of five nights concluding at Kokomo Speedway on Sunday, he’ll be pulling double duty on four of those nights by competing in the wingless Sprint Car ranks as well.

“I love it, I wouldn’t have it any other way,” the 19-year-old sensation from Norman, Oklahoma explained of the upcoming week of racing action.

In addition to piloting the Toyota-powered Keith Kunz Motorsports No. 71 Midget over the next five nights in Indiana, Bell will also take the wheel of the Fox Brothers No. 53 wingless Sprint Car on four of those nights.

And he’s itching to get on the loud pedal after a weekend off.

“It was terrible,” Bell laughed.  “I want to be out there racing!”

Last year, Bell raced to the USAC Indiana Midget Week title on the strength of wins at Lincoln Park and Kokomo and runner-up showings at Gas City and Bloomington.

With nine Midget scores among his 11 overall wins already in 2014, Bell feels good about his chances of repeating as Midget Week champion.  “I think so, we’ve got just as good a shot at it as we had last year.”

Bell will pull double-duty with the Fox Brothers No. 53 Non-Wing Sprint Car at all but the Lawrenceburg event.

This week’s handful of events kicks off a busy summer for Bell that continues with four rounds of ASCS Speedweek Winged 360 Sprint Car action in his home state of Oklahoma and then Missouri beginning next Wednesday.

If you would like to keep up with all of Christopher Bell’s racing action by having press releases e-mailed directly to you, simply send your e-mail address to Lonnie Wheatley at lonniewheatley@gmail.com.

Penning the recurring series of “The Wheatley Chronicles” articles on racinboys.com, Lonnie Wheatley provides media, public relations and more for select tracks, drivers and events.  For more information, Wheatley may be contacted at lonniewheatley@gmail.com.