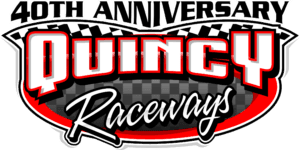 Michael Long took the early lead in the Miller Lite UMP Modified feature event as he jumped out from his outside front row starting spot. Long held back the advances of David Wietholder during the early stages of the twenty five lapper then Steven DeLonjay during the middle portions of the event until Wietholder took back the second spot on sixteenth lap. Wietholder charged to Long’s rear bumper but was unable to make the pass for the lead with Long holding on for the feature event win with Weitholder settling for second followed by Steven DeLonjay in third, Craig Spegal in fourth and Robbie Reed in fifth. DeLonjay and Reed were the heat race winners.

Daniel Bergquist took the lead at the drop of the green flag in the 305 Sprint Car feature event and looked like he would be cruising to a feature win until Robby Standridge charged into the lead on the nineteenth lap. Standridge widened his lead until the Standridge began to falter coming to the white flag giving the lead back to Bergquist. Bergquist then cruised away for the win followed by Jared Schneiderman in second, Dave Getchell in third, Robby Standridge in fourth and Steven Russell in fifth. Schneiderman and Bergquist were the heat race winners.

Beau Taylor took over the lead of the Powder Coat Plus IMCA Stock Car main event on the fourth lap and powered out to a comfortable lead as the field behind him battled for position. A caution flag brought the field to Taylor’s rear bumper on the fourteenth lap and that is all that Jim Lynch needed to make his bid for the lead. Lynch pulled close to Taylor on the final lap and made an incredible pass for the lead on the low side to take the win by a fender over Taylor who had to settled for second. Abe Huls scored third followed by Terry Houston in fourth and Brandon Savage in fifth. Taylor and Savage were the heat race winners.

Aaron Brocksieck kept his cool throughout the entire eighteen lap Summy Tire and Auto Center IMCA Northern SportMod main event. Brocksieck maintained the lead through several caution periods and was challenged by several different drivers during the event but managed to hold off all their efforts to take the lead to score his second feature win of the season. Tony Dunker scored the second spot followed by Bobby Anders Jr. in third, Joey Gower in fourth and Tennessee driver Patrick Shumaker in fifth. Tanner Klingele and Brandon Lennox were the heat race winners.

Austen Bercerra scored his twenty first feature win of the season in the IMCA Sport Compact main event as he overtook early leader Brandon Lambert on the fourth lap. Bercerra then held off Lambert the rest of the way to the checkered flag with Kimberly Abbott in third, Bryce Baker in fourth and Darin Weisinger Jr. in fifth. Lambert and Bercerra were the heat race winners.

The Fourth of July Holiday week is a busy one as the first Night of Destruction is scheduled for Thursday July 3 featuring Figure 8 Racing, 4 Cylinder Challenge Races, Chain Race, Tough Trucks and the Great American Trailer Race.  For more information visit Quincy Raceways Night of Destruction Facebook page. Saturday July 5 will be Lucas Oil MWEDT Quads for more information visit the www.facebook.com/mwedt.series page. Then on Sunday July 6 it’s a huge night of racing with the MOWA Sprint Cars second appearance of the season along with all five regular Quincy Raceways Classes competing in the Mid-Season Championships. Pit Gates open at 3 on Sunday with Grandstands at 4, Driver Registration Ends at 5, Hot Laps at 5:30 and Racing at 6:00pm for Sunday July 6.