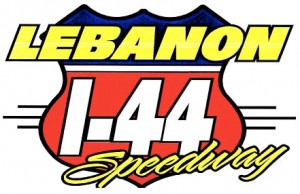 With the weatherman forecasting a much better weekend, The “High-Banks” of Lebanon I-44 Speedway will be back in action Saturday Night June 27th for round 5 of the NASCAR Whelen All American Series Short-Track Asphalt Championship Chase while still looking for its 1st repeat O’Reilly Auto Parts Pro Late Model feature winner on KOLR TV 10/ KOZL Z 27 Night At The Races.

With the High Profile Mercy Master of the Pros 144 just around the corner on July 4th, track officials expect a large turnout as the Pro Late Models to prepare and test for next week’s large field.

Current Pro Late Model point leader JC Newell of Stoutland will find defending track champion Kaleb Allison on his bumper in the standings only 29 points behind. Newell has already claimed 1 win this season while Allison is still looking for his 1st win of the season with former track champion Ken Dickinson of Camdenton in the shadows of the lead duo. St. Louis area drivers Kyle and Kevin Donahue complete a very tough top 5. Other feature winners this season include Kyle Donahue, Mike Slone of Rolla, and Payton Lucas of Fair Grove.

In The Budweiser Modified division it has been the Ricky Icenhower show as the Fair Grove veteran has 3 wins out of 4 features while another veteran driver and former Champion David Bates has the other win. Even though Icenhower has been on a roll, Springfield’s Tim Swearengin has used consistency each night to enter the evening as the point leader while Richard Lewis of Willard is a solid 2nd with Icenhower, Harrisonville Hard Charger Joe Bunkers and defending champion Stephen Counterman completing the top 5 as The “Ground-Pounders” bring an excitement every week to the Speedway.

Despite the smaller Car Count in the Sportsman Class, competition has been very tight as 4 races have brought 4 different faces to the winners circle. Lebanon’s Aaron Douglas will lead the class this week as the point leader with a slim 19 point advantage over Veteran JC “The Gentle Giant” Newell. Newell, Douglas, Jimmy Fohn and Pro Late Model point leader JC Newell have all captured victories. Fohn enters the night only 6 points behind Newell as it sounds like the car count will be up again this week with some new entries ready.

Coming off a hard earned 2nd win of the season, Les Mallard of Fair Grove moved into the top spot in The Hoosier Tire Street Stock Standings over Lebanon’s Jordan Nisbett while lady driver Lauren Buhr of Neosho moved around Lebanon’s Zack Morgan to climb the ladder into 3rd spot with Bridgeton driver Aaron Wilke completing the top 5. This class has a very high competition level this season. Mallard has 2 wins while Nisbett and Wilke have also capture checkered flags to visit victory lane. A larger car count, close racing and everyone helping each other in the pits has placed this class as a fan favorite and they will also compete along with the Modifieds in The Mercy Masters Event on July 4th.

Rolla’s Ben White enters this Saturday with only a 4 point margin over former Champion Jimmy Poindexter. White grabbed his second win 2 weeks ago with a narrow win over Poindexter while Poindexter and Defending Champion Jason Walls have claimed feature wins this season. Behind the lead duo, Bolivar’s Nik Taylor and Rolla’s Japheth Nisbett have been see-sawing back and forth for 3rd and 4th place with Jesse Poindexter completes the top 5.

Grandstand and Fan Deck gates as well as Wild Side parking will open at 4pm and the racing action will start at 6:30pm. Grandstand Adult admission is only $12, Seniors and Military are only $8.00 while Juniors ages 11-15 are $5 and kids 10 and under are FREE. Take advantage of the Family pack which includes 2 Adults and 2 Juniors for only $30.

Wild Side prices are $15 for Adults with discounts for Seniors and Military while Juniors are $8 and kids under are 10 FREE. You may also grab the 6 pack special as 6 Adults in the same vehicle are just $75 on the Wild Side.

A limited number of VIP Suites are available this Saturday. Please contact Kevin Greven via email at kevin@lebanoni44speedway.com

For more information visit the website at www.i44speedway.net and be sure to like Lebanon I-44 Speedway on FacebookÂ for updated information on Missouri’s only NASCAR sanction facility and the only weekly asphalt track within 300 miles.

The track is in Lebanon, Missouri right along Interstate 44, on the historic Route 66 which adds easy access from any direction. Just about 45 minutes to the East of Springfield, Missouri on I-44 and just 2 hours West of St. Louis on I-44 as well as just 30 minutes south of Lake of the Ozarks makes it easy to find for all fans and racers.

Lebanon I-44 Speedway has a history of producing great racecar drivers, and some of the biggest stars in American motorsports honed their skills on our tracks high banked 3/8-mile asphalt oval. Legends such as the great Larry Phillips, the only 5-time national champion in NASCAR’s weekly racing series, along with NASCAR stars like Mike Wallace, Jamie McMurray, Carl Edwards, Chase Elliott, Tony Stewart and the late Tony Roper have either won races, track championships, regional championships or even national championships over the years.

Lebanon I-44 Speedway offers a top notch racing surface, aluminum backed Grandstand seating, “Wild Side” tier parking that you can pull up in your car or tailgate in your pickup and enjoy all of the racing from the edge of the track the beautiful VIP Suites in the middle of the front stretch and the new Budweiser Fan Deck.

Four-Day Swing Through PA and OH Next for Rocket1 SHINNSTON, W.Va. (08/10/20) – Closing out a grueling 40-day stint, Brandon Sheppard drove the Valvoline No....
Read more