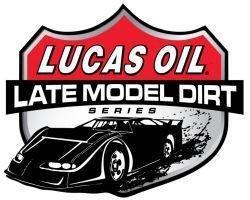 Atomic Speedway in Chillicothe, OH will host their biggest event in the 60+ year history of the 3/8-mile oval. The inaugural Buckeye Nationals will take place May 13th-14th, and boast an impressive $50,000 payday. This blockbuster weekend will kick off on Friday, May 13th with Time Trials and Heat Races for the Lucas Oil Late Model Dirt Series.

The action on Saturday, May 14th will include B-Mains, followed by the “10 Not In” Non-Qualifier Race. The top 10 drivers that did not transfer into the Buckeye Nationals (via preliminary events) will be eligible to start the $3,000-to-win, $300-to-start, non-qualifiers race – held prior to the main event. The winner of the “10 Not In” has the choice of keeping their $3,000 winnings, or forfeiting their earnings to start last in the main event. The 75-lap, $50,000-to-win, $3,000-to-start, Buckeye Nationals main event will cap off the weekend action.

“The hard work of the entire Atomic Speedway staff has led us to be able to give the best fans in motorsports the biggest event in the track’s history. I want to thank the Lucas Oil Late Model Dirt Series for believing in the quality of the events that we can produce at Atomic Speedway,” stated Brad McCown, Atomic Speedway Promoter.

The 24th Annual Lucas Oil Show-Me 100 – Presented by ProtectTheHarverst.com will see a bigger, richer format in 2016. The new format features the 3rd Annual Cowboy Classic, on Thursday, May 26th and the Tribute to Don and Billie Gibson on Friday, May 27th. Both events will be 40 laps, paying $6,000-to-win, $600-to-start, followed by the 100-lap, $30,000-to-win Show-Me 100 on Saturday, May 28th. The preliminary features will have more meaning than money. While some details remain to be finalized, the first 18 starters in the Show-Me 100 will be determined by the average finish from Thursday and Friday. Previously, those positions were set through time trials and heat races on a feature-less Friday.

The total purse for the weekend, which is co-sanctioned with the Lucas Oil Midwest Latemodel Racing Association (MLRA), will grow to nearly $170,000. “The evolution of the Show-Me 100, which included the addition of the popular Cowboy Classic on Thursday night, in recent years, precipitated the changes. Friday’s action, which has consisted of Show-Me 100 time trials, heat races, Manufacturers Dash and Past Champions race – but no main event – left a void,” said Lucas Oil Speedway General Manager, Dan Robinson.

Founded in 2005, the Lucas Oil Late Model Dirt Series is the nation’s premier dirt late model sanctioning organization.  In 2016, the LOLMDS will sanction 53 events in 19 states.  The series is owned by the parent company Lucas Oil Products Inc. and receives national exposure through a TV package filmed, produced and edited by Lucas Oil Production Studios.  LOLMDS events will be broadcast on four TV Networks including CBS, NBC Sports, CBS Sports Network and the MAVTV Motorsports Network. For more information about the Lucas Oil Late Model Dirt Series visit the official website at: www.Lucasdirt.com.

Owned and operated by Lucas Oil Products, MAVTV is a television network with its roots deep in the automotive world.  MAVTV offers an unparalleled line-up of exclusive motorsports, that includes prestigious events such as the Chili Bowl, The AMA Pro Motocross series, the Lucas Oil Challenge Cup and NHRA Drag Racing.  But MAVTV goes far beyond the national mainstream events and also covers multitudes of grassroots series’ from across the globe: Drag boats, sprint boats, drag racing, pro pulling, rally racing, drifting, dirt racing, ice racing and everything in between.

MAVTV also knows you don’t have to be a race fan to be an automotive enthusiast, which is why we have developed a package of automotive reality and custom build shows that is truly second to none.  If it has a motor, it’s on MAVTV…MAVTV is THE motorsports network. To learn more about MAVTV go to: www.mavtv.com.

Founded in 1989 by Forrest and Charlotte Lucas, Lucas Oil Products, Inc. has established itself as one of the fastest-growing lubrication product lines in the consumer automotive aftermarket, featuring a line of engine oils, greases, gear lubes, problem-solving additives, and car-care products.  Through innovative product research and development, along with aggressive marketing programs, Lucas Oil has established itself as a worldwide leader in the lubrication industry.  Motorsports has always been part of the Lucas Oil culture and the cornerstone of the company’s marketing strategy.  Such passion for motorsports has inspired Lucas Oil to sponsor many race teams, events and series at all levels, including, NHRA, IRL, ASCS, NASCAR, IHRA and many more.  Lucas Oil has also taken ownership and operational control of a number of high profile racing properties, such as: Lucas Oil Off Road Racing Series, Lucas Oil Drag Boat Series, Lucas Oil Pro Pulling League, Lucas Oil Late Model Dirt Series, Lucas Oil Modified Series, Lucas Oil Speedway in Wheatland, MO. and the Lucas Oil I-10 Speedway in Blythe, CA.
In 2007 Lucas Oil founded its own production house, Lucas Oil Production Studios, dedicated to producing high action motorsports television. Currently Lucas Oil Production Studios produces over 300 hours of original programming for networks such as CBS, CBS Sports, NBC Sports and MAVTV.  More information about Lucas Oil Products, Inc. visit the company website at:  www.lucasoil.com.