Held in conjunction with the Big Buck 50 Street Stocks Special Presented by Whitetail Trophy Hunt, the two-night program Friday and Saturday will determine if Jesse Stovall can hold on to his points lead over reigning MLRA champ Terry Phillips in the season-ending event.

Adding some extra spice to the Fall Nationals, a couple of national Late Model standouts have indicated plans to attend – 2016 World 100 winner Bobby Pierce of Oakwood, Ill., and Brian Shirley of Chatham, Ill.

Stovall, from Billings, holds a 72-point lead over his good friend and rival Phillips of Springfield. Tad Pospisil of Norfolk, Neb., hangs onto third in the standings and already has clinched the Sunoco Race Fuels MLRA Rookie of the Year honors.

Stovall swept the Fall Nationals last year and looked on his way to victory at last month’s Larry Phillips Memorial at Lucas Oil Speedway before mechanical problems ruined his night.

“I have no doubt, we have the race car to be as good as we were the last time at Wheatland,” Stovall said. “There are a lot of factors thought and things that will need to go our way. We went to West Plains last weekend and tested to just further try and be ready for this weekend.”

A new twist to the event will see the addition of the Arkansas-based Comp Cams Super Dirt Series running co-sanctioned with the Lucas Oil MLRA. Hunter Rasdon of Jonesboro, Ark., has a 34-point lead over Kyle Beard, with Jack Sullivan just three points behind Beard. The CCSDS will crown their champion in Wheatland as well.

In addition, rising 19-year-old star Pierce plans to enter both nights. The recent World 100 winner was sixth in May’s Show-Me 100 Presented by ProtecttheHarvest.com at Lucas Oil Speedway after suffering a flat tire upon taking the lead late in the race. The veteran Shirley, meanwhile, won the Lucas MLRA Spring Nationals at the speedway back in April. 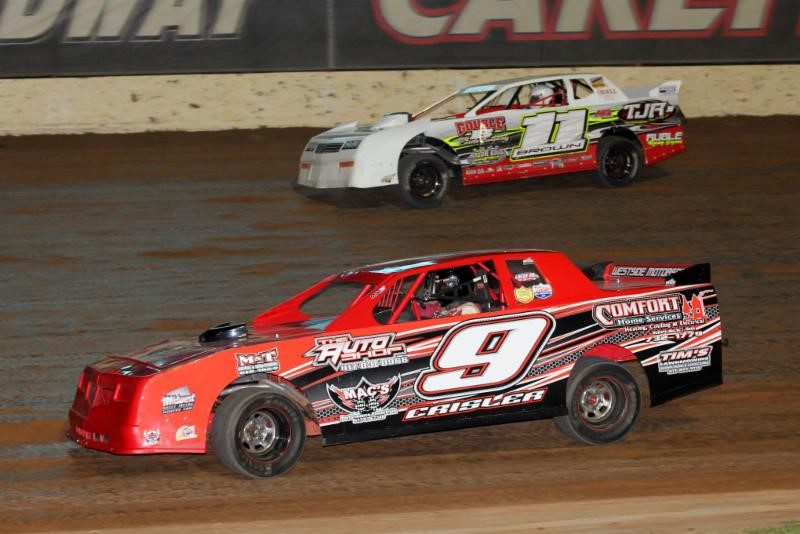 Late Models will run full programs both nights starting with qualifying heats. Features will pay $3,000-to-win on Friday and $5,000-to-win on Saturday.

Meanwhile, entries continue to roll in for Lucas Oil Speedway’s biggest race of the year for Street Stocks, the Big Buck 50 Presented by Whitetail Trophy Hunt.

The winning driver will take home $5,000 and also receive a free entry into the Whitetail Trophy Hunt later in the fall which has a $15,000 first prize.

“This race gives our Street Stock drivers an opportunity to not only compete for extra money but also get the big-race exposure that’s often only associated with the Late Models,” Lucas Oil Speedway General Manager Dan Robinson said. “We’re thrilled to have Whitetail Trophy Hunt returning as the presenting sponsor and we’re pleased to welcome Tony Jackson Racing and Ray’s Lake Service on board as well.”

There will be an open practice session for Street Stocks and Late Models from 6-9 p.m. Thursday. Pit passes will be $25 with three-day pit passes $90.

Friday night will see a special qualifying session to set the field for 10-lap heat races. Those results will help determine the feature starting spots for the 50-lap feature the next night.

Facebook fun and prizes: Driver are encouraged to post pics of their car in the comments section of Lucas Oil Speedway’s Facebook page post on the Big Buck 50. The picture with the most “likes” at the close of business on Wednesday will receive two FREE crew members pit passes for the event. Use hash tag #BigBuck50.

This year marks the 28th anniversary of the Whitetail Trophy Hunt at Lake of the Ozarks in Missouri. Event dates will be Nov. 12-14, with this tremendously popular hunt bringing in participants from all over the United States and abroad. Entries are received on a first come, first served basis and limited to a maximum of 230 hunters.

On Friday, gates open at 5 p.m. with hot laps at 7 and racing at 7:30. It’ll be Free Kids Friday with youngsters 11-and-under admitted free.

For complete Lucas Oil Speedway event information, archived stories, ticket info and schedule information for the season, visit lucasoilspeedway.com.
Lucas Oil Speedway is located at Highways 83 and 54 in Wheatland, Missouri. A campground with shower and bathroom facilities is also available. With it’s entrance located just outside the pit gate this sprawling scenic camping facility will continue to enhance the racing experience at the Diamond of Dirt Tracks.
Click www.LucasOilSpeedway.com for more information and detailed directions to the speedway or call the Track Hotline at (417) 282-5984.

Garrett Alberson Has Sights Set on MLRA Rookie of the Year

(CARPENTERSVILLE, ILLINOIS) The month of June wrapped up for the #28 team with a visit to the storied Lernerville Speedway on June 25-27, as...
Read more

Racing And Fireworks On Tap For Friday Night At Lincoln Speedway

(Lincoln, IL) It will be a holiday weekend celebration of racing and fireworks this Friday night, July 3 at Lincoln Speedway. In addition to...
Read more

Garrett Alberson Has Sights Set on MLRA Rookie of the Year

(CARPENTERSVILLE, ILLINOIS) The month of June wrapped up for the #28 team with a visit to the storied Lernerville Speedway on June 25-27, as...
Read more