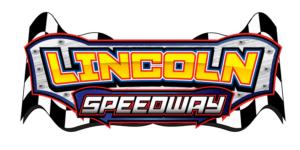 (Lincoln, IL) For the third straight weekend, Lincoln Speedway was back at it for some great dirt track racing at the Logan County Fairgrounds, in Lincoln, IL. Five divisions were on track, headlined by 24 cars in the DIRTcar Modifieds.

Carter Sinkhorn and Austin Lynn brought the 23-car Modified field to the green flag for the 20-lap feature event with Lynn racing into the early lead. Last week’s winner at Lincoln and Spoon River, Ray Bollinger looked fast early, running about one lane off the bottom. On lap five, Bollinger made his move to the outside and shot into the lead. A few laps later, Ken Schrader moved into the second spot and set his sights on Bollinger, but down the stretch it was easy to see that the Kewanee, IL driver was too fast for anyone else in the field. For Bollinger, it was his second win in-a-row at the ¼-mile. Schrader, Brian Lynn, Austin Lynn, and Jake Little finished out the top five.

Last week’s winner, Brandon Eskew raced into the early lead in the 20-lap Pro Late Model feature event. Eskew held off Colby Sheppard for a couple laps before Chuck Mitchell became the runner-up. Eskew’s first major challenges started as the race closed on the halfway mark, as Jake Little moved into second. On lap 11, Little made the move to take the top spot but his lead would be short lived as Eskew took it back. Eskew went on to lead every lap until lap 18 when Little took back over but the two continued to trade sliders and crossovers up front, putting on the show of the season. Eskew had the lead with one to go but Little made one last run to the inside on the last lap, drawing alongside in turn four. The two traded paint coming to the line with Little edging Eskew by inches before spinning in turn one. For Springfield, IL’s Little, the win was his first of the year at Lincoln, while Eskew, Mitchell, Sheppard, and Kyle McMahon completed the top five.

The 305 Sprint Cars were invited back this week after a good show one week ago. Lincoln, IL driver, Max Poszgai, who finished third one week ago, was hooked up and took the lead early. Only one yellow slowed the pace and Pozsgai went on to claim his first victory of the season in front of his hometown fans. Garrett Duff finish 1.4 seconds behind in second, while Ben Wagoner, Jeff Wilke, and Tyler Duff completed the top five.

Andy Baugh accepted the Nutech Seed Front Row Challenge to start at the tail and go for the $500 bonus. The ingredients were perfect for the Mason City, IL driver, as only 10 cars made the call for the night. Baugh started at the back and by lap three had worked up to third place. Mark McMahill, who was having a good run out front, went on to lead through lap seven before Baugh made his move for the top spot. The two nearly collided but Baugh raced on to the feature win and the $500 bonus in the Nutech Seed DII Midget division. McMahill, Tyler Roth, Will Armitage, and Jace Sparks completed the top five.

The Hornet division turnout was again outstanding this week as 21 drivers were pitside. Joe Reed, of Decatur, IL, raced into the lead at the get-go, holding off a strong pack of challengers behind. A good portion of the field was right behind Reed, racing side-by-side, trying for their chance at a win. Clinton, IL driver, Eric Vanapeldoorn was on the move, coming from the fifth spot but came up about a half car length short at the line when the checkered waved. Reed, who started from the pole, also claimed the R33D Racecars bonus money of $150, as the night’s pill draw was a “1” and he finished first. Following the two drivers were Brady Reed, David Lauritson, and Dallas Strauch.

Lincoln Speedway will be back in action this coming Friday, July 3 for a holiday special, featuring Fireworks plus four racing divisions including Midgets in their first event at the track this year. Pro Late Models, Modifieds, and Hornets will also race.

Tickets and pit passes for July 3 will be available at the gates on raceday. Grandstand admission will be $18, while kids 11 and under are free.