(Macon, IL) Fireworks lit up the sky in Macon, Illinois on Saturday night and on the ground, mud and dirt were flying as 116 race cars thrilled a packed house at the World’s Fastest 1/5th mile dirt oval. On America’s birthday, it was hot, humid and full of amazing finishes with its special 40-lap double features for the Pro Late Models and the BillingsleyRewards.com Modifieds as part of the 95Q & Dynagraphics Firecracker 40s.

Jose Parga took the checkered flag in the Pro Late Models 40-lapper. The driver from New Berlin came on strong as the race reached its midpoint as racing teammate Dakota Ewing controlled the race from the beginning. Jake Little battled from the bottom but was unable to wrestle the lead away. With five laps remaining, Parga soared to the top and snatched the lead away and found victory lane. Cody Maguire, who finished fourth, started last after having a broken car during the heat race and charged to the front.

A caution-plagued BillingsleyRewards.com Modified feature saw Kenny Wallace, NASCAR driver and Macon Speedway co-owner, come to victory lane. Trusting the bottom of the track, Wallace took the lead from Guy Taylor midway through the race. With Wallace in the lead, Rick Conoyer gathered momentum and speed at the top of the track and would take the lead from Wallace on lap 33. With the laps closing in to the finish, Wallace rubbed against Conoyer’s tire and caused it to flatten and pull him from the race. Wallace finished ahead of the pack and announced an apology to Conoyer for the contact during the winner’s circle interview.

Terry Reed got past Bobby Beiler to finish off a checkered flag in the Archer’s Alley Street Stock division. Beiler was showing signs of difficulty with the racecar as his front left wheel would not turn normally and it slowed him down and Reed got through with the pass at the end of the race as the white flag was waving.

An exciting and unexpected finish awaited the winner of the Pro Modified class. Kevin Crowder and Billy Knebel started the 20 cars to the green and stayed close through the laps. Contact would often happen between the two cars and it would lead to both not being able to finish the race from the front two spots in the lineup. The lead would be surrendered by both to the third place driver, Ryan Hamilton from Indianapolis, Indiana. But Hamilton would fall victim to a flat tire and need to come off the track. The lead would then go to Kyle Helmick, a second-year driver from Smithton. Helmick, who finished in the top 10 during his freshman year on the circuit, would pull away for his first feature win in a young and promising career.

Macon Speedway welcomed the Midgets to the fun of July 4th. Normally, the Midgets would be at the track while associated with the POWRi Racing Series but on this occasion, they were not part of a sanctioning body and just raced for the sake of racing. And Jake Neuman, a regular to Macon Speedway when the POWRi series does come to town, rushed to the top of the track and led for all 25 laps despite constant challenges from fellow front row starter Mitchell Davis.

The evening and the holiday was capped off with a 10-lap Hornet feature with veteran Joe Reed coming out with the victory. Reed, quick on the track, pulled ahead of Erik VanApeldoorn and Billy Mason for the lead and would enjoy the speed to lead him to victory.

Action was halted after the third feature with three remaining so fans could be delighted with a fireworks display that many have unfortunately missed this summer due to cancellations of summer activities due to COVID-19. With the last two weeks of the season taken away by rain, the second night of Macon Speedway stock car racing was very much a welcome addition to a long lost summer. Macon Speedway continues its schedule next Saturday night with another 40-lap feature event, this time for the Sportsman division, as the Fireman’s Ball & First Responders Night will be at the track. Pro Late Models, BillingsleyRewards.com Modifieds, Sportsman, Archer’s Alley Street Stocks, Micro Sprints and Hornets will be part of the action. 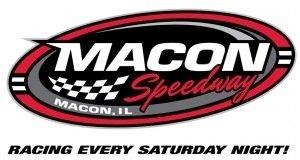 HIGHLAND – Due to an alarming rise in COVID-19 cases in Southern Illinois, Highland Speedway officials have decided to end the 2020 racing season...
Read more