Cedar Lake’s Independence Day Spectacular Next for World of Outlaws 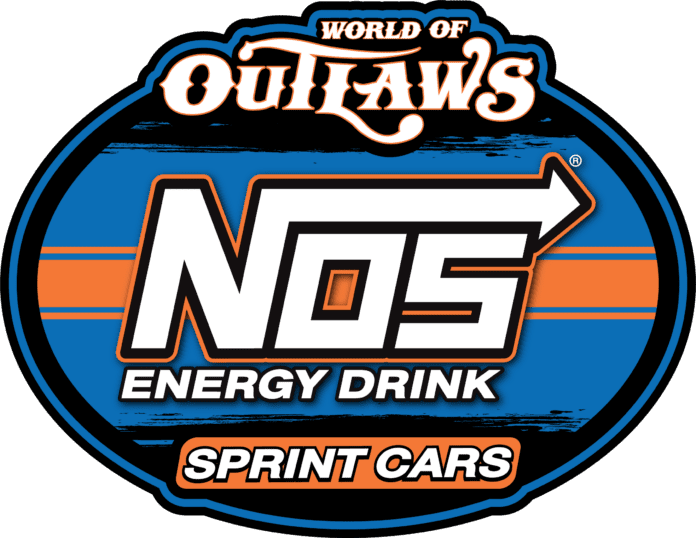 WHAT TO WATCH FOR: Cedar Lake Welcomes World of Outlaws for Independence Day Spectacular

Back-to-back nights on Friday and Saturday, July 1-2 will bring The Greatest Show on Dirt to 50 Series appearances at the New Richmond, WI 3/8-mile, becoming only the 21st track in history to reach that mark.

There’s a chance at the record books, redemption on the line, and valuable points available amid one of the closest championship battles in history. It’s all set the stage for an explosive weekend in The Badger State.

Let’s look at what to watch for this weekend on DIRTVision.com:

CHASING HISTORY: Championship leader Brad Sweet has the opportunity to equal one of the most impressive records in World of Outlaws history this weekend as the Series returns to Cedar Lake Speedway. He’s already one of five drivers to record five consecutive wins at a single track – Steve Kinser, Sammy Swindell, Mark Kinser, Donny Schatz – and now he could tie Mark Kinser’s all-time record of seven-straight at I-80 Speedway (NE) this weekend with another Cedar Lake sweep.

Other than one DNF in 2019, The Big Cat has recorded nine consecutive top-two finishes at the track to go along with his five-straight wins. He’s beat David Gravel thrice, Carson Macedo twice, and Kerry Madsen once over his six Cedar Lake wins, only one shy of Sammy Swindell’s track record of seven scores. A third-straight weekend sweep would not only prove historic for the Grass Valley, CA native, but it would be a huge boost of confidence for the Kasey Kahne Racing, NAPA Auto Parts #49, a team still vying for their first win since March, and second of the season.

CAREER-YEAR: Fresh off an exhilarating late-race charge and last-lap pass worth a career-high $100,000 payday at Huset’s, Sheldon Haudenschild and Stenhouse Jr. / Marshall Racing have all the momentum in the world at their side. The Wooster, OH native has already matched his career-best of eight wins in a single season through the first 32 races and is setting himself up for a run at his first-career Series championship.

Since climbing aboard the NOS Energy Drink #17 in 2018, Sheldon has never finished outside the top-10 in nine appearances at Cedar Lake Speedway. The 28-year-old scored one of his 30 career wins at the track in 2019, and will certainly be a favorite to repeat again this weekend.

REDEMPTION: While Brad Sweet has enjoyed the thrill of victory at Cedar Lake, it has been Carson Macedo on the other side struggling with the agony of defeat. He earned back-to-back third-place finishes when aboard the Kyle Larson Racing #2 and upped his game with back-to-back runner-up results in the Jason Johnson Racing #41 last year but still chases his first taste of Victory Lane in New Richmond.

The Lemoore, CA native started on the pole both nights last year and led 47 of 70 laps, but fell second to The Big Cat in each Feature. Combine that with the ache of finishing fifth after leading more than half of last week’s $100,000-to-win High Bank Nationals at Huset’s, and Macedo is chomping at the bit to close the case on his much-needed redemption this weekend.

LOVIN’ THE LAKE: Beyond Sweet, Haudenschild, and Macedo, another trio of drivers – Schatz, Schuchart, and Gravel – have excelled in their own right at Wisconsin’s Cedar Lake Speedway.

Donny Schatz is a five-time World of Outlaws winner in New Richmond, most recently in 2016. The 10-time Series champion owns 17 top-five finishes through 34 starts at the track and looks to use that success as a catapult in nailing down win #2 of 2022 in the Tony Stewart/Curb-Agajanian Racing #15.

David Gravel has long-awaited his first taste of victory at Cedar Lake. Most notable among his 14 top-10 finishes in 18 starts is a whopping six runner-up finishes, yet no triumphs. The Watertown, CT native hopes to change that this weekend in the Big Game Motorsports #2.

Logan Schuchart returns to the site of his first-career World of Outlaws win this weekend, a moment that came back in July of 2o16. Since then, the Shark Racing superstar has tacked on 30 more wins to his resume and now goes for a second Cedar Lake score.

START OF SOMETHING NEW: Spencer Bayston and CJB Motorsports unveiled a new scheme and new partnership last week when they announced TrueTimber Camo as a fresh sponsor on their revamped RipTide edition of the #5. The new pairing quickly got off to a hot start by winning on night one at Huset’s to earn their second win of the 2022 season together.

The 23-year-old native of Lebanon, IN prepares for his second weekend in the TrueTimber #5 as the Series returns to Cedar Lake, a track he visited for the first time last year. He was a ninth-place finisher then and looks to build on that as he and CJB continue to cut down that points deficit from seventh-place.

FINDING MOMENTUM: A trio of World of Outlaws full-timers made their mark on Huset’s last week with a season-best effort, and now look to build on that as the Series visits Cedar Lake Speedway this weekend.

Kasey Kahne set not only a season-best but a career-best result as he led 23 of 30 laps last Wednesday and finished third-place, parking on the podium for the first time in his career. This weekend, he makes his debut at Cedar Lake in the FuelMe, Karavan Trailers #9.

James McFadden was one of the most impressive drivers all week long at Huset’s, but it came in heartbreaking fashion as his pair of runner-up results followed moments where the Roth Motorsports #83 had the lead but lost it. The Australian takes his pursuit for win #1 of the season to Cedar Lake this weekend, where he finished sixth last year.

Brock Zearfoss earned his first top-five of the season and sixth of his career last week, driving the #3Z to a fourth-place finish at Huset’s. The Jonestown, PA native looks to keep it rolling this weekend at Cedar Lake, where he finished 10th in his rookie campaign last year.

DOUBLING DOWN: The stars are aligning for a potential career-best effort from Robbie Price aboard the Sides Motorsports #7S this weekend. Cedar Lake Speedway is one of the few venues on the World of Outlaws schedule where the Cobble Hill, British Columbia native has the experience, and it came in the form of a third-place finish behind Thomas Kennedy and Skylar Gee in 2018 with the POWRi UMSS Wing Sprint Series.

It was also last year when Jason Sides earned the 170th and final top-five finish of his World of Outlaws career when he slow-rolled the bottom to a popular fifth-place result. The new 24-year-old pilot of the #7S looks for more of the same this weekend as he tries to top his career-best of 13th with the Series.

DOG DAYS OF SUMMER: Cedar Lake’s doubleheader is the official start to the busiest month of the World of Outlaws season with 14 races scheduled over 31 nights on the July calendar. It’s a crucial span throughout the “Month of Money” with a pair of six-figure paydays, and a golden opportunity for teams to either help or hurt their championship hopes as the 80-race season hits halfway.

ANYONE’S GAME: As the halfway point of the 80-race grind approaches, The Greatest Show on Dirt continues to offer one of the most exciting and closest championship battles in 45 years of Series history. Through 32 completed events, the top-five in the standings are separated by a mere 54 points with things capable of wholesale change on any given night.

THIS WEEK AT A GLANCE