Fredericktown Raceway To Reopen in March 2007 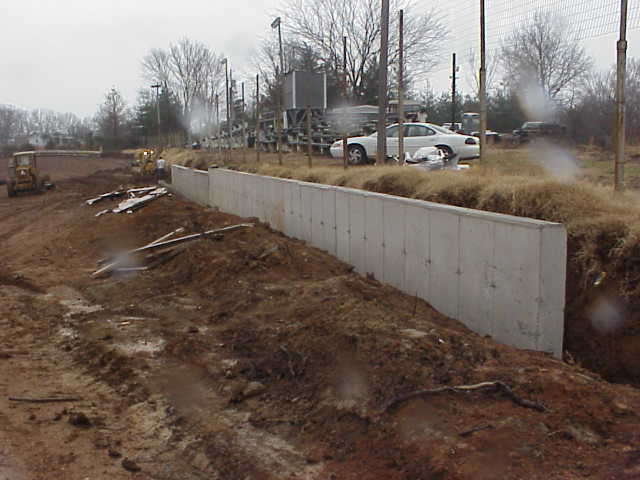 <br />
Work on the new concrete wall on both the front and back straights is continuing at the Fredericktown Raceway in preparation for the March, 2007 opening. Photo by Jason Brewington
<br /><br />
FREDERICKTOWN, Mo. -- The Fredericktown Raceway will reopen in late March of 2007 and when they do there will be a number of major changes from when the track was last in operation in September of 2004.
The track is now owned by John “Curley” DeBold of Fredericktown and his wife Anne. Terry Flanagan will return to serve as the track manager with Jeff Mills of Farmington serving as the Public Relations Director and announcer. The track also welcomes back Arlin Keith of Fredericktown who will take care of the track’s weekly preparation.
Work on the track to have it ready for the Friday, March 30th, opening night has been progressing despite the weather conditions. One of the major projects underway is the construction of new concrete walls on both the front and back straights.
There will be a wide variety of classes participating at the Fredericktown Raceway this season including a pair of classes complete new to the Madison/St. Francois County area. The recently formed CARS Late Models and the completely new “B” Modified class should provide area race fans with a wider and more interesting weekly show. The other classes that will be a part of the weekly racing program at Fredericktown will be the IMCA style Modifieds, the Pure Streets, the Mini Stocks and the Dwarfs/Modlites.
Both the CARS Late Models and the “B” Modifieds will allow racers to race in their respective classes in a much more affordable situation. The CARS Late Models (which uses a crate motor) also helps keep the competition on a more level playing field. The “B” Modified class will not only be more economical for area racers, it will also provide a fantastic opportunity for entry level racing. You can find out all the rules and regulations for all the classes at the Fredericktown Raceway by going to: www.fredrock.info or you can phone (573) 747-0566.
The activities for the Fredericktown Raceway actually start on Saturday, March 17 when the track hosts a car show at the track beginning at 10 a.m. Racers will be able to get their first look at the newly refurbished track the following Friday night (March 23rd) with Play Day for all classes prior to the start of the 2007 racing season on Friday night, March 30th. Gates open at 5 p.m. with hot laps at 7 and racing at 7:30.
There will also be some very special racing events at Fredericktown this season. The first of three, two-day shows (on Friday and Saturday nights) will take place on April 20-21. That weekend will be double-points night for the CARS Late Models, plus the Driver’s Seat-Online 25 will be held for the Pure Street class.
The complete schedule for the Fredericktown Raceway will be announced in the near future. For more information on the Fredericktown Raceway contact DeBold at (573) 783-2040 or Flanagan at (573) 783-0207.
You must log in or register to reply here.
Share:
Facebook Twitter Reddit Pinterest Tumblr WhatsApp Email Share Link